A Memorial Nursing Scholarship was established at the 1989 VFW State Convention in King of Prussia, PA. in memory of Jack Barger, Sr. Department Commander who passed away during his term in office (1987-1988).
Six (6) $1,000 scholarships to eligible nursing student.
Candidates will be solicited through the Pennsylvania Nursing Association and its contacts with nursing schools in Pennsylvania. Recipients are chosen by a lottery conducted by the P.N.A with the VFW State Commander and the Barger Scholarship Chairman. Candidates must meet these qualifications
There are […]
By VFW District 21|2022-06-25T09:42:37-04:00June 24th, 2022|District News|
Read More

Stop in and learn what the VFW is all about and what we are doing for Veterans and our community.

In the dining room we will have refreshments and the following:

A Memorial Nursing Scholarship Fund was established at the 1989 VFW State Convention, held at King of Prussia, PA.  This fund was in Memorial of Jack Barger, Sr., Department Commander, 1987-88, who passed away during his term of office.

For Combat Veterans: a FREE 12 week training to address moral wounds from combat. The spiritual injuries are part of  the struggle with PTSD.

Created to aid service members and their families work through their post-traumatic stress. The training focuses on healing the spiritual and moral wounds of war, whether a recent conflict or from 50 years ago. The training is a […]

Buddy Poppy Shortage due to COVID-19 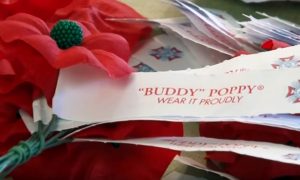 COVID-19 has had an impact on our organization in many different ways. One of the impacts is that our disabled veterans who assembled these poppies are not able to congregate and produce the buddy poppies as they have in the past. We have issued a challenge to all Posts and Districts; produce 100,000 Buddy Poppies and earn $2,000. This would provide some posts that are not able to open due to the COVID-19 a great way to earn the extra funds needed to keep the Posts afloat during this […]

The fact is, with counties changing status seemingly every week, and updated guidance being provided by the Governor’s Office and the PLCB, the level of confusion is somewhat high for tavern and licensed restaurant owners.

As such, the PLBTA reached out to the Pennsylvania State Police Bureau of Liquor Control Enforcement for a list of top COVID-19 complaints against taverns and licensed restaurants since June 5. As Members know, there is an anonymous process to file complaints against licensed establishments.

On behalf of the PLBTA, the LCE canvassed its command staff and came up with a pretty wide ranging list of […]

He was the husband of Phyllis E. (Norris) Herman and the late Luise Hilda Herman.

Due to the current public health crisis, the celebration of Ron’s life will be held at a later date.

Annville, PA – Governor Tom Wolf helped to honor two members inducted today into the Pennsylvania Department of Military and Veterans Affairs’ prestigious Hall of Fame, recognizing their exceptional service to the department that supports Pennsylvania’s nearly 800,000 veterans and 18,000 members of the National Guard.

VFW Posts are encouraged to contact their State lawmakers asking for their support of PA House Bill 1048, which if passed, will give National veterans organizations and volunteer fire companies an exemption to the State’s Liquor License Surtax ($700).

If you would like a sample letter to send to your State lawmaker, email dsandman@vfwpahq.org and put “HB 1048 Letter” in the subject line.

Contact your State lawmaker with a few clicks by visiting https://www.legis.state.pa.us/ and using “Find My Legislature” on the left hand side of the page.